Conservative commentator and former baseball star Curt Schilling says that AIG canceled his insurance policy over his “social media profile,” a new level of deplatforming not yet seen.

“We will be just fine, but wanted to let Americans know that @AIGinsurance canceled our insurance due to my “Social Media profile,” tweeted Schilling.

“The agent told us it was a decision made by and with their PR department in conjunction with management,” he added.


While innumerable Trump supporters have lost their Twitter and Facebook accounts due to social media censorship and cancel culture, cases of individuals being cut off by banks and other financial services are now growing too.

The purge has gone beyond the realm of simply silencing people on major platforms for their opinions, but punishing them for expressing them by trying to make their lives unlivable.

Numerous respondents pointed out the obvious – that without insurance it’s impossible to mortgage a home or register a vehicle.

However, other leftists applauded the move and said that Schilling deserved it for his support of Trump.

“You’ve definitely earned it,” remarked one.

“I mean…. capitalism right? They calculated the risk and decided your premiums weren’t worth the long term exposure?” added another.

What happened to Schilling is yet another chilling example of how Chinese Communist social credit score system is being implemented in America. 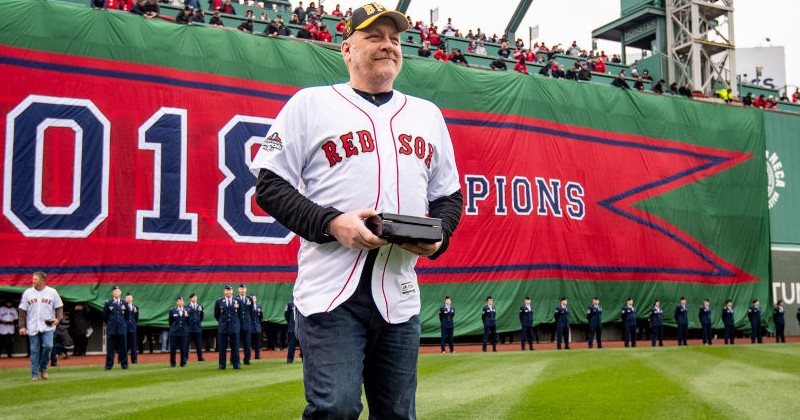 Communism mate. It’s been here, just more in the open. It will get worse, much much worse.