This is not good for American jews. I pray that there is a peaceful resolution . . . . but history tells us there won't be one.

I've posted several times here how jews are a good, hard-working, successful people. But . . . . the LIBERAL MINDSET is part of much of jewish teaching. They see themselves as an underdog and see it as their mission to fight for other underdogs. Throughout the 20th Century, jews have been anti-white, anti-Conservatibve and anti-Christian.

It continues today and it's placing them on a collision course with MAGA.

‘After Shabbat, we will act’: American Jews gear up for wave of post-Roe activism​

How should American Jews react to the SCOTUS ruling on prayer?​

National Jewish organizations also weighed in on Tuesday, sending out numerous news releases.​
​
“The draft majority Supreme Court opinion … is an attack on women’s autonomy, freedom and health. When a woman’s right to choose is limited, we also limit her right to safe, informed medical decisions and procedures,” said Rhoda Smolow, president of Hadassah the Women’s Zionist Organization of America, and CEO Naomi Adler in a joint statement. “If enacted, this decision will have disproportionate impacts for the empowerment, economic equity and security of women in underserved communities.”​
The Rabbinical Assembly (RA), which represents the Conservative movement in the United States, said it fiercely opposes the attempt to end the precedent that had been in place for more than 50 years, calling the Supreme Court’s likely decision an attack on abortion accessibility.​
Click to expand...


10% of Senators are jewish. 6% of Congressmen (27) are jewish. ​
​
White House Chief Of Staff Ron Klain (the guy running the country now) is jewish. ​
​
Secretary of the Treasury Janet Yellen is jewish. ​
​
Secretary of State Tony Blinken is jewish.​
​
Secretary of Homeland Security Alejandro Mayorkas is jewish.​
​
The Attorney General, Merrick garland, is jewish.​
​
Jews dominate Advertising and Public Relations . . . the Music industry . . . . Newspaper and Publishing . . . . Television, Film and Video. SOURCE​
​
Six jewish companies now control 96% of the world's media. SOURCE​
​
Jews dominate Banking and Financing in America SOURCE SOURCE​
​
jews dominate Wall Street and invented the art of destroying companies for profit. SOURCE​
​
In addition to the Holocaust Museum in Washington, DC, 31 states now have Holocaust Museums with many having more than one. California has eight, Florida has six, New Jersey has nine and New York has eleven. SOURCE​
​
Close to 80% of jews voted for Biden and support for Biden is still over 63% SOURCE ​
​
All of Biden's children married jews. President Trump has many jewish connections in New York as to be expected. His son-in-law and daughter are jewish. ​

CONCLUSION: No other group has ever has the grip on America that jews have right now. At the same time, we see the nation sharply divided between MAGA and non-MAGA.

American jews are on the wrong side of populism and nationalism.

This will not end well for jews or for America.

CAN'T ARGUE WITH THE NUMBERS

What Predisposes Jews to Vote for Democrats?​

What Predisposes Jews to Vote for Democrats?

Why are so many Jews Democrats? It has been hard to fathom why the Jews, thought by many to be so intelligent and overrepresented in science, medicine, literature, music, and sociology, would embrace Democrat ideology so as to plant the seeds of thei...

What Predisposes Jews to Vote for Democrats?​

What Predisposes Jews to Vote for Democrats?

Why are so many Jews Democrats? It has been hard to fathom why the Jews, thought by many to be so intelligent and overrepresented in science, medicine, literature, music, and sociology, would embrace Democrat ideology so as to plant the seeds of thei...

I think I can answer this one.

1) I hate to use the word "triggered" but it works here. Jews are triggered by injustice. Most people react strongly when they feel that they or someone they know has been treated unjustly. But jews extend this to everyone . . . . which I think really is admirable. So, when young jewish kids heard about the civil rights movement in the South, they flocked to help blacks . . . . even though the vast majority of jews despise blacks. Same with the anti-war movement, homosexuals, feminists, etc.

2) Jews live in fear of persecution and they see our society as a slippery slope. Again, consider black civil rights. When they see blacks being oppressed, what goes through their mind is "WE'RE NEXT."

One other thing I would point out is that whatever they do generally has multiple motivations.

So, for example, take open borders. To many jews, offering migrants a place of refuge is JUST. But open borders also fills the USA with non-whites, which reduces the power of the White Establishment (WASPs). And they realize that when you fill the nation with illegals, the white folks will worry about the illegals and forget about the jews for a while.

That is how they think.

They truly are an educated people, they form warm, nurturing families and they help each other achieve success more than any minority that I know of.

But their values are best represented by modern Democrats and this puts them on a collision course with MAGA.

Toggle signature
John 8:32
"Their world is full of Maple Streets."

Toggle signature
John 8:32
"Their world is full of Maple Streets."

"Catholic" "charity" 100% owned and run by jews. Many such cases.
Toggle signature
John 8:32
"Their world is full of Maple Streets." 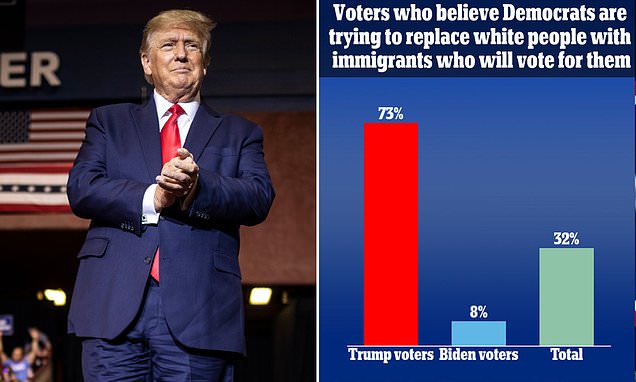 A new poll shows that 73 percent of Trump voters believe that Democrats are trying to replace white Americans with immigrants and people of color to shore up more votes.

>Scientists at Rensselaer Polytechnic Institute have found that when just 10 percent of the population holds an unshakable belief, their belief will eventually always be adopted by the majority of the society. 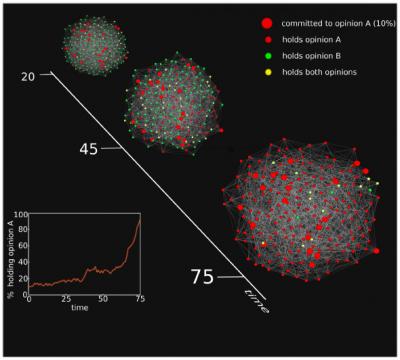 Scientists at Rensselaer Polytechnic Institute have found that when just 10 percent of the population holds an unshakable belief, their belief will always be adopted by the majority of the society. The scientists, who are members of the Social Cognitive Networks Academic Research Center (SCNARC)...
phys.org

Obviously, most people are not going to openly name the jew to some random (((pollster)))... so safe to say you can easily double or triple these numbers, at a minimum.
Toggle signature
John 8:32
"Their world is full of Maple Streets."
Reactions: AngellicAngela
Share:
Facebook Reddit Email Share Link