Launched in 2019 by a cohort of establishment, so-called “Republicans” dedicated to “defeating President Trump and Trumpism at the ballot box,” the group has routinely funneled the millions it raises to its founders and advisors, Federal Election Commission (FEC) records show. 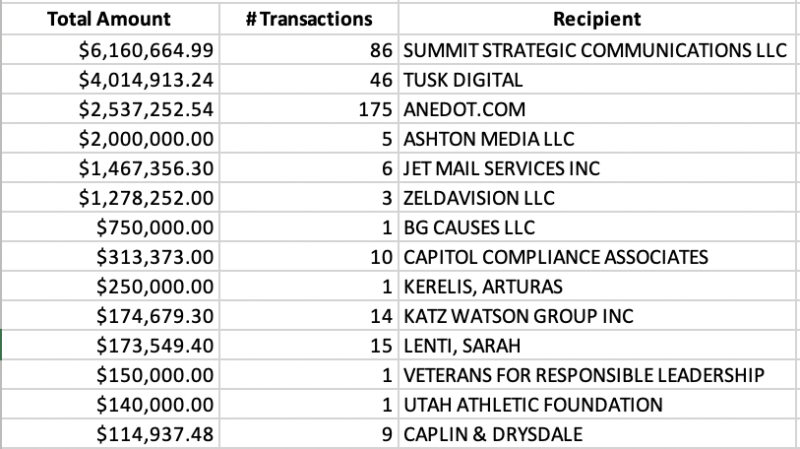 Dan Barkuff, who appeared in an anti-Trump advertisement for the group, saw his “Veteran for Responsible Leadership” group earn $150,000.

And Executive Director Sarah Lenti took home a six-figure salary of $173,549.40 along with Press Secretary Nathaniel Nesbitt, who received $68,247.80.

Last month, The Lincoln Project founder Steve Schmidt tweeted a patronizing and fawning thread at far-left Congresswomen Alexandria Ocasio-Cortes, opening with the line: “[W]e don’t look down on waitresses. We admire them. We are all the types of guys who always tip at 50% or more.”

In addition to American leftist donors, fans of The Lincoln Project include the Chinese Communist Party, which has lauded the group for its anti-Trump efforts. EXC: Anti-Trump 'Lincoln Project' Funneled Over $10 Million To It's Own Founders' Companies