Anyone can accuse you of anything if you are their enemy 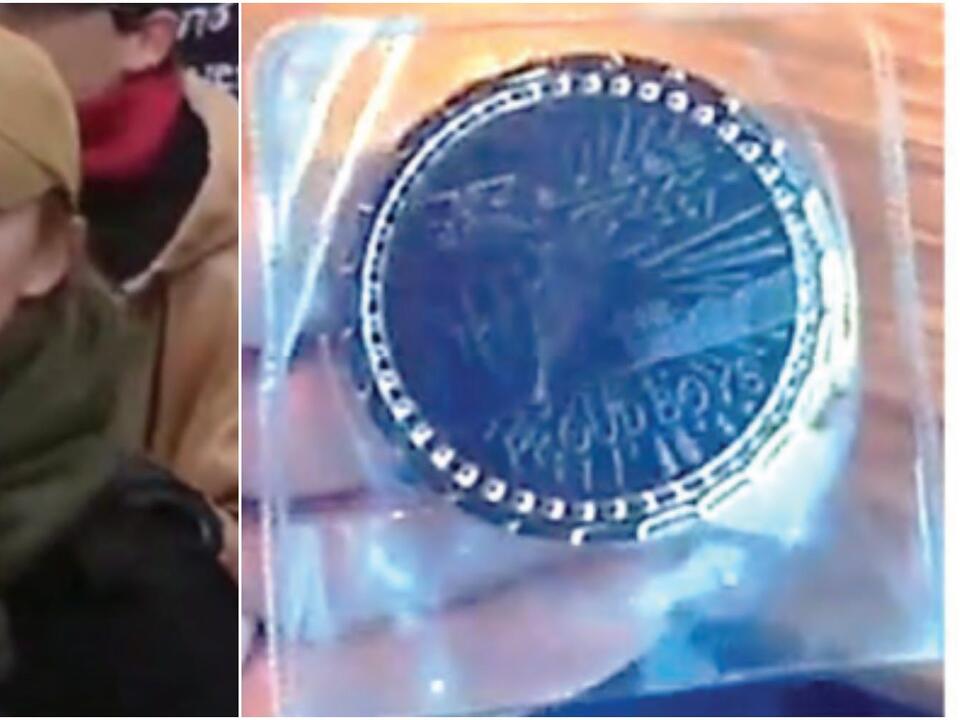 Felicia Konold claimed she was made a member of the Kansas City chapter of the misogynistic hate group, a court filing said.

Felicia Konold claimed she was made a member of the Kansas City chapter of the misogynistic hate group, a court filing said.

I have been watching the whole thing unfold. Or explode. It is time for PELOSI to be confronted about being in charge of CAPITOL SECURITY. This PANEL is a BAD idea. They are looking ONLY to CRIMINALLY charge Donald Trump for actions of some possible supporters. AND I SAY NOW: If they are playing that way, then it is time for a DOSE OF REALITY. They therefore need to affirm that since NANCY PELOSI was in charge of the Capitol Police & the AMOUNT of SECURITY she had PROVIDED for the CONGRESSIONAL SESSION, then EVERY ACT of EVERY PERSON that was there is to be BLAMED on NANCY PELOSI. Now that Pelosi's PANEL is planning to charge Trump for actions of individuals who support him, especially MAGA, then NANCY PELOSI should be CHARGED as a CRIMINAL for every negative act that occurred at the Capitol that day. It is a tragedy we need to leave behind.
I was going to attach my files but need to figure it out.

NANCY PELOSI WAS IN CHARGE OF CAPITOL SECURITY. When is she going to be HELD ACCOUNTABLE?
ADDITIONAL SECURITY was REFUSED MULTIPLE times BEFORE the session. It was PELOSI who put CONGRESS
at RISK. President Trump was 45 min away and still speaking when the breach occurred. Additional
SECURITY before and not AFTER the session might have PREVENTED a "breach".

NANCY PELOSI NEEDS TO STEP DOWN & AWAY FROM ANY PANEL. She is too involved in the CONCLUSION.
The House never did any investigation of Jan 6, 2021 BEFORE an IMPEACHMENT vote in 2 hours.
The investigation needs to BEGIN WITH THE DEPOSITION OF PELOSI. NOTHING that goes on at the CAPITOL
is done without Pelosi's knowledge or approval. HER INSISTENCE NOW in keeping armed guards there and
her refusal to answer WHY she is keeping troops there shows PROOF that PELOSI and ONLY she, IS IN
CHARGE OF WHAT GOES ON THERE. Pelosi is given more POWER than she should have. All of CONGRESS needs
to be in on that decision. NANCY PELOSI and JOE BIDEN think they and ONLY they are running our country.

What was Pelosi's son-in-law doing in a photo that day with a costumed "breacher"??

If Trump is charged with a crime, Nancy Pelosi needs to be, as well.