Biden Loses All Track of Thought One Day After Bombing Syria (video) Biden says “What am I doing here?”

President Joe Biden is credited with authorizing the deadly air strikethat killed an estimated 22 Islamic militants in Syria on Thursday.

The rocket attack vaporized three transport vehicles carrying live munitions. It was so impressive it reportedly made Kamala Harris jealous Russia’s president Vladimir Putin was told about it first.

But one day later, it’s unclear that our new Commander-in-Chief can even speak intelligibly on the matter. Or on much of anything else. It is not what you want to see from a U.S. President.

Watch as President Biden speaks at a Houston vaccine site on Friday. It is absolutely painful to watch.

The representatives’ names, by the way, which every president should know when speaking at an event in their state, are Sheila Jackson Lee (D-TX), Al Green (D-TX), Sylvia Garcia (D-TX), and Lizzie Pannill Fletcher (D-TX).


Biden continued on with his speech.
“I’m going to lose track here,” he added. It’s as if Biden read a lot of our thoughts.
On Friday, another startling event involving the president’s memory was reported. Kamala Harris seemingly had to remind Joe Biden to “remember his mask.” Watch:

The visit to the Lone Star state was accompanied by 75 degree weather and comes two weeks after the Texas freeze storms hit. It seems like Biden was scolded for forgetting it and made up for it by wearing two on his late trip to Texas.

This is beyond ridiculous, @AP:
"President Joe Biden headed to Texas Friday… *THE PRESIDENT'S EMPATHY WILL BE ON FULL DISPLAY* as he and his wife, Jill, survey damage caused by severe winter weather and encourage people to get their coronavirus shots."https://t.co/jYJ2RqZWJg
— Kyle Becker (@kylenabecker) February 26, 2021
Click to expand...

This isn’t the first time that Biden has ‘randomly stopped talking mid-sentence’ and given the camera a ‘blank stare.’

“The only way to spare more pain and more loss, the only way— these millstones no longer mark our national mourning— these milestones, I should say, no longer, no longer moke— mark our national mourning,” Biden said about the coronavirus reportedly claiming 500,000 American lives. It turns out that over a hundred thousand of those lives have already come under the Biden administration in one month.
The State of the Union is now suddenly off and the House Democrats are telling Biden to his face that they don’t trust him with nukes. Vice President Harris even took Biden’s calls with world leaders on President’s Day weekend, while Joe Biden played Mario Kart.
This is all highly concerning, albeit predictable news about a president that did not run a real campaign and who defied all credible odds of getting the most votes of any presidential candidate in U.S. history: 81 million tabulated votes.

Former Secret Service agent Dan Bongino was blunt about what he is hearing on the president’s health: He is in “real significant trouble.”
So are we, America. So are we. 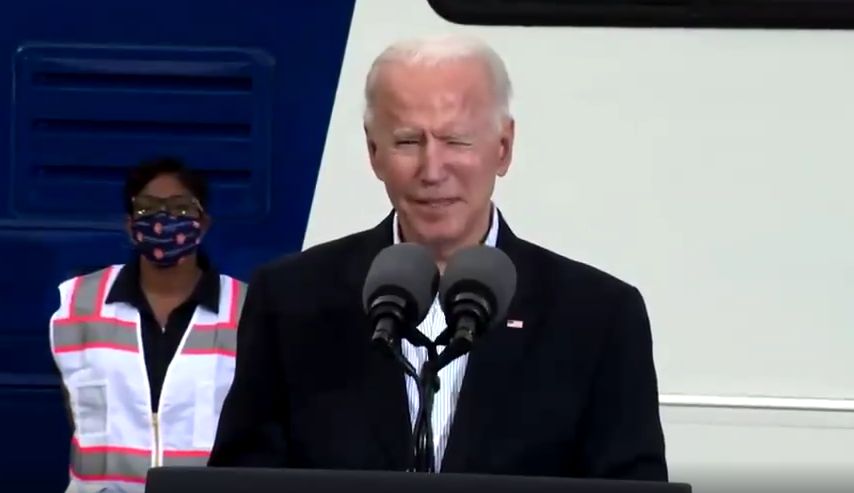 WATCH: Biden Loses All Track of Thought One Day After Bombing Syria

Advertisements President Joe Biden is credited with authorizing the deadly air strike that killed an estimated 22 Islamic militants in Syria on Thursday. The rocket attack vaporized three transport vehicles carrying live munitions. It was so impressive it reportedly made Kamala Harris jealous...

Reactions: Drain the Swamp, Lady Patriot and Stop Being Delusional

Lmao that made me laugh! Good one.