Given all the evidence that has been accumulated over the past year, how likely is the CCP virus lab-made? That’s the question that Dr. Steven Quay (MD, PHD) managed to answer in his 193-page report published on January 29 2021 Link to the 193 PAGES Report: https://zenodo.org/record/4477081# . Using Bayesian analysis, he estimated that the probability that the CCP virus was lab- man made is 99.8%.

In the beginning of the report, Dr.Quay stated with great sympathy that “This work is dedicated to the men, women, and children who were infected with SARS-CoV-2 over the last year. ” He also sincerely hoped that “this work becomes part of the body of evidence to help inform the public about gain-of-function pathogen research and that a renewed debate can be had about the benefits and risks of this research in the context of world health.”

As of now, most of the scientists and researchers in academia support the assumption that the CCP virus come from nature. Also, the CCP was doing everything it can to try to find the “natural origin” of CCP virus. As a result, according to Dr.Quay, “one can assume that any evidence in favor of a natural origin, no matter how trivial, would become widely disseminated and known”. That means on the other hand, the claim that “CCP virus was lab-made” is brutally suppressed. Therefore, the general narrative on this issue in academia and media has been terribly distorted.

Bayesian analysis, named after the 18th century English statistician Thomas Bayes, is a very common tool in statistics and has been especially popular in recent years, mainly in the application of big data analytics and artificial intelligence. The principle of Bayesian analysis is actually very simple. From a philosophical point of view, Bayesian analysis is a mathematical process of combining subjective prior opinion with objective evidence, and yields the final/posterior opinion.

We’ll use a simple example in Dr.Quay’s report and see how Bayesian analysis work:

First of all, we form a prior opinion and assume the following:

We also assume the following probabilities:

If the CCP viruses somehow find its way to get out of the (Wuhan) lab, under the condition that the virus was lab-made, there’s a 51% probability that there’s a first breakout in Wuhan. This can be expressed with the following equation:

We also assume that under the condition that the virus originates from nature (in Yunnan Province, since there is a “bat cave” there, according to CCP), there’s a 10% probability that the first breakout occurs in Wuhan. This can be expressed with the following equation:

As a result, the probability that the first breakout occurs in Wuhan regardless of the virus origin (lab/nature) is 10.41%, which can be calculated as the following:

With all the assumptions and calculations listed above, the posterior probability that the virus was lab-made under the condition that the first breakout was in Wuhan can be calculated as follows:

And that concludes a simple example of Bayesian analysis.

As we can see from the example above, with Bayesian analysis, the probability that the virus was lab-made increased from 1% (prior opinion) to 4.9% (posterior opinion). All the other posterior probabilities in Dr.Quay’s report can be calculated in the similar manner.

The Final Posterior Probability That the Virus was Lab-made Was Estimated at 99.8%

In Dr.Quay’s report, the prior probability that the virus comes from nature is set at 98.8%, which is, in my opinion, as conservative as possible. Plus, even this 98.8% number was estimated in such a way that Peter Daszak’s data was also taken into consideration (Peter Daszak is a so-called WHO researcher who used to work with “batwoman” Shi Zhengli. He always speaks for CCP). And the fact that data from CCP’s side was used here made the 98.8% prior probability more robust against scrutiny.

In the plot above, all the 26 pieces of evidence are listed below:

To put it in plain English, Dr.Quay began with “presumption of almost innocence” and a guilty verdict was shown in the end due to all kinds of objective evidence.


From the perspective of Bayesian analysis process, sophistries by CCP regarding this report might be set from the following aspects (include but not limited to):

In my opinion, it’s very unlikely that CCP challenges from the perspective of Bayes’ theorem, since this is in the realm of pure mathematics and logic. If CCP, who holds a purely Marxist and materialist view of everything, attacks from a philosophical point of view – by arguing that Bayesian analysis is fundamentally combining subjectivity (idealism) and objectiveness (materialism) and is therefore not purely materialist, I don’t think that will work either. This is because the report already holds a prior, subjective opinion that the virus almost for certain comes from nature. The final result would even favor the “lab-made origin” more if purely using the objective evidence mentioned in the report.

In Dr.Quay’s report, the final posterior probability of a lab-made origin is estimated at 99.8%, against which CCP can argue: well there’s still 0.2% chance that this virus came from nature! However, as Dr.Quay mentioned in the beginning of the report, a probability of 99.8% “exceeds most academic law school discussions of how to quantify ‘beyond a reasonable doubt,’ the threshold for finding guilt in a criminal case”. So attacking from the perspective of posterior probability will not work either.

Nevertheless, it should be noted that the usual trick of CCP is “muddying the waters” instead of starting an open and honest dialogue within the realm of logic or science. So it is likely that none of the potential arguments above will occur. It is more likely that they continue spreading false information here and there, turning people into “scatterbrains”, who gradually lose the ability to focus on the key issue – the true origin of CCP virus. Or they will just simply let the report “cool down” and “fade out” – since CCP believe most people are pretty forgetful. The worst and the dirtiest common trick CCP use is that they might launch a smear campaign against Dr.Quay and his team, exactly like what CCP did to other brave researchers with conscience, like Dr. Li-Meng Yan.

Unlike the two bombshell scientific reports by Dr. Li-Meng Yan, who was a witness and analyzed from the perspective of virology and intelligence, Dr.Quay collected all the objective evidence and used mathematical methodology from a by-stander’s perspective. However, with different approaches yield the same result – that it’s impossible that CCP virus came from nature. The reports by these two scientists complement each other and show even stronger proof that the CCP virus is lab-made, therefore CCP has to be held accountable. We sincerely thank all the scientists and researchers who fight dauntlessly for truth and well-being of all humanity.
About Steven Quay, M.D., PhD, Head of Two COVID-19 Therapeutic Programs (AT-201) and (AT-301 Nasal Spray)

Dr. Steven Quay has 300+ published contributions to medicine and has been cited over 9,900 times, placing him in the top 1% of scientists worldwide. He holds 87 US patents and has invented seven FDA-approved pharmaceuticals which have helped over 80 million people. He is the author of the best-selling book on surviving the pandemic, Stay Safe: A Physician's Guide to Survive Coronavirus. He is the CEO of Atossa Therapeutics Inc. (Nasdaq: ATOS), a clinical-stage biopharmaceutical company developing novel therapeutics for treating breast cancer and COVID-19.

He received his M.D. and Ph.D. from The University of Michigan, was a postdoctoral fellow in the Chemistry Department at MIT with Nobel Laureate H. Gobind Khorana, a resident at the Harvard-MGH Hospital, and spent almost a decade on the faculty of Stanford University School of Medicine. A TEDx talk he delivered on breast cancer prevention has been viewed over 220,000 times. For more information, visit www.DrQuay.com 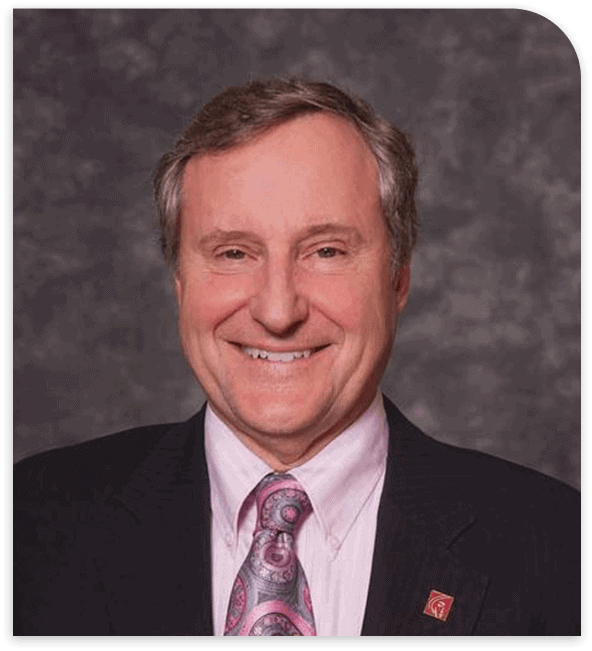