CNN's chief media correspondent Brian Stelter may have landed himself in hot water, according to the attorney of Covington Catholic High School student Nicholas Sandmann.

Last week, Sandmann announced that The Washington Post settled the $250 million defamation lawsuit he filed over its botched coverage of a viral confrontation with a Native American elder who had portrayed the Kentucky teen as the aggressor. This followed the multimillion dollar settlement agreement CNN reached with the teenager back in January.

However, Sandmann's attorney, Lin Wood, spotted a retweet from Stelter of a tweet written by attorney Mark Zaid, who speculated about how much money the teen walked away with from the settlement.

"Those with zero legal experience (as far as I can tell) should not be conjecturing on lawsuits they know nothing about. What kind of journalism is that?" Zaid asked. "I've litigated defamation cases. [Sandmann] was undoubtedly paid nuisance value settlement & nothing more."

Wood accused the "Reliable Sources" host of breaching his network's own confidentiality agreement with his client.

"This retweet by @brianstelter may have cost him his job at @CNN. It is called breach of confidentiality agreement. Brian Stelter is a liar. I know how to deal with liars," Wood tweeted with a screenshot of Stelter's retweet.

"I can’t decide if it’s worse to be Brian Stelter or believe Brian Stelter. He was never in any court hearing or meeting I was. So why does he act like he knows anything?" Sandmann added.

Responding to Rangappa's tweet, Wood wrote, "Heads are going to roll at CNN or @N1ckSandmann is going to filing another lawsuit & reveal truth."

Wood leveled a similar charge against Washington Post reporter Dan Zak, who suggested on Friday that the Post settled "for a small amount... in order to avoid a more expensive trial," later adding that it's the "American way."

Zak has since deleted the tweet, but he doubled down on the assertion, writing, "I delete about 30 percent of my tweets within 15 minutes. All are deleted within four months via Tweet Delete! Except really old tweets, which Tweet Delete doesn’t reach. But I stand by this theory! It’s the American way." 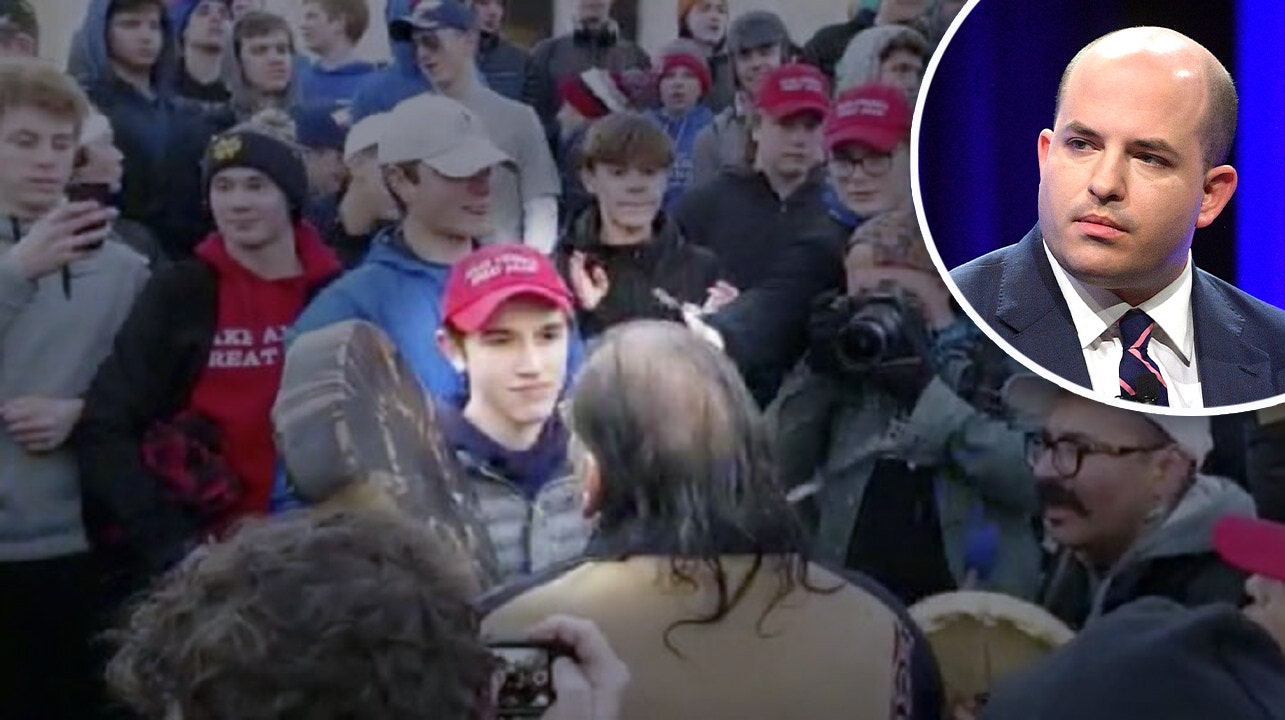 CNN's Stelter accused of breaching network's confidentiality agreement with Sandmann: 'May cost him his job'

CNN's chief media correspondent Brian Stelter may have landed himself in hot water, according to the attorney of Covington Catholic High School student Nicholas Sandmann.