Just in time for the 2020 election, the patriarch of Duck Dynasty is gunning for Democrat Joe Biden, ripping his “hypocrisy” on several issues especially the politically driven flip-flop on federal abortion funding.

In his new book, Jesus Politics, How to Win Back the Soul of America, Phil Robertson also takes aim at Biden’s suggestion that he can save the nation’s soul, writing, “The problem with our country isn’t a problem that can be solved by any political party.”

A New York Times best-selling author and TV star on the Duck Dynasty series that ran from 2012 to 2017 and the current In the Woods with Phil on Blaze TV, Robertson is deeply religious and has a loyal following, especially with supporters of President Trump.

He and his son Willie spoke at a Trump rally last year during which Trump said he started watching the Duck Dynasty series when he ran for president. “A lot of wisdom there,” he said of the show.

In his new book, from Thomas Nelson Publishing and due out on Tuesday, Robertson urges a return to religion to heal the nation’s divide.

“His new book is a challenge for people to use their time, talents, resources, influence, and votes to protect and advance the policies of King Jesus and win back the soul of America,” said a release promoting the book.

But he tackles politics, too, mentioning Biden and Trump.

He views Biden as a lost cause, especially because the presidential candidate abandoned his long support for the Hyde Amendment that generally bans federal funding of abortion.

“As he entered the race, he was criticized for his support of the Hyde Amendment. So, Old Joe flipped and changed his position. The New York Times reported, ‘Joseph R. Biden Jr. ... no longer supports a measure that bans federal funding for most abortions.’ Show us your true colors, Joe,” he wrote in one section.

When Biden flip-flopped a year ago, he explained that the amendment challenged his call for wide healthcare availability. But it came after criticism of his decadeslong support for the amendment and as he was struggling to win the Democratic nomination for president. Democrats have long sought to kill the Hyde Amendment.

Robertson, in the first chapter, writes about a Biden ad that suggested Trump was a threat to the nation and its soul.

Robertson, however, said it is liberals that threaten the nation’s soul by supporting abortion, promoting “sexual immorality and perversion” and using “profanity” and pushing God out of schools.

“Hey, Mr. Biden, your hypocrisy is showing,” he wrote. 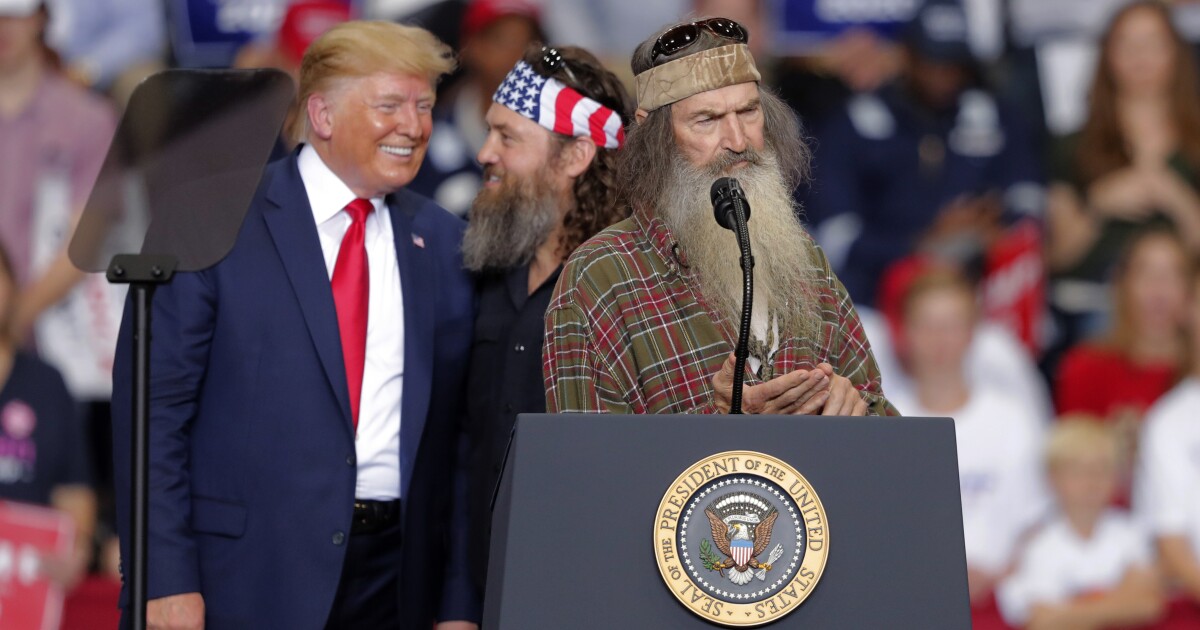 Just in time for the 2020 election, the patriarch of Duck Dynasty is gunning for Democrat Joe Biden, ripping his “hypocrisy” on several issues especially the politically driven flip-flop on federal abortion funding.