2019 STORY This is serious, folks. The Privy Council is out to overthrow Donald Trump and destroy America. -- STORY WEBSITE LINK CLICK ON THE BLUE COLOR --​ 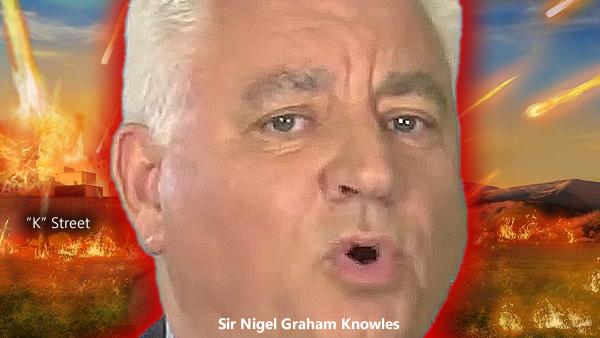 K-Street is the metonym for lobbyists and NGOs in Washington

Knowles conspires with major auditors to hide his global treachery on behalf of The Prince’s Trust, including PricewaterhouseCoopers, Deloitte, BDO, Ernst & Young and KPMG

Knowles runs The Prince’s Trust, including in America, and does the bidding of the Crown and the Privy Council, directed by the Pilgrims Society

Therefore, Knowles is the British imperial handler of the Pretenders in the White House

Knowles was a founding director of SGO Smartmatic that controls all election systems, including Dominion, worldwide – the various company names (Smartmatic, Hart InterCivic, Sequoia, Premier, Diebold, ES&S) are a shell game since they all have common Optech software

Knowles’ family reaches back to the beginnings of mass communications, propaganda, Victorian satanic spiritism-scientism, fascist banking and resource stripping, and vaccines as a weapon of war by the mid-1800s