Frustrations Build Over An Unfilled Agency

Made in the U.S.A

The former president’s delay in conceding the election slowed key appointments to an agency he ravaged. But Biden’s approach could be worsening the problem.
By Akbar Shahid Ahmed
03/26/2021 05:45 AM ET
https://m.huffpost.com/us/entry/us_605d2ce1c5b67ad3871e1fcb 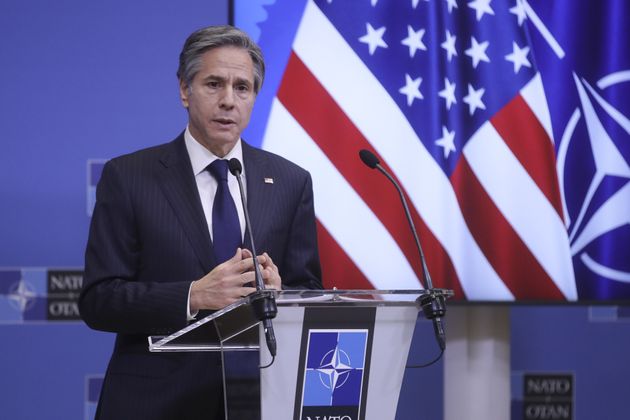 The president has yet to nominate for the vast majority of posts he needs to fill at the agency, including the 22 assistant secretary positions that oversee State Department bureaus. He isn’t expected to tap his first slate of ambassadors until next month ― a full month later than President Barack Obama. And he has yet to give big jobs or a boost to career State Department employees who felt harassed, demoralized and undervalued under Trump.
“There is a whole lot of diplomatic disappointment at the State Department and our embassies,” said Brett Bruen, a White House official under Obama and former diplomat.

It’s frustrating; there is no way around it. We wish there were more positions filled at this point.Congressional aide
Click to expand...

The Trump administration’s reluctance to acknowledge the results of the 2020 election is at the root of the problem, observers say. Because General Services Administration head Emily Murphy waited until nearly three weeks after Election Day to begin cooperating with Biden’s transition team, the incoming president was delayed in providing the names of prospective nominees to the FBI for background checks.
The upshot is that the procedure became “abnormally long,” even for former officials receiving new positions like U.S. Agency for International Development administrator nominee Samantha Power, said a congressional aide who requested anonymity to discuss the sensitive confirmation process.

If Biden chose, he could speed up the process by sending more nominations to Capitol Hill so consideration could begin even before their paperwork was fully completed, the aide added, noting that the president hasn’t yet identified candidates for many senior posts.
“It’s frustrating; there is no way around it,” the aide said. “Putting ascertainment delays aside, we wish there were more positions filled at this point.”

The slow pace of staffing the State Department is particularly worrying for two groups of experts on U.S. foreign policy: the agency’s career staff, and outside national security analysts hoping to help Biden fulfill his promise to bolster diplomacy and improve America’s handling of global affairs.
Meanwhile, professionals in the foreign and civil service are watching as key roles go to politically connected figures. Former Chicago Mayor Rahm Emanuel is a leading candidate to be the ambassador to China or Japan, for instance, and Cindy McCain ― the widow of Sen. John McCain (R-Ariz.) and one of the few Republicans to endorse Biden ― is certain to get a plum posting.

Even figures with State Department backgrounds who already have or are expected to get high-profile posts, such as Linda Thomas-Greenfield, Victoria Nuland and Nicholas Burns, have cultivated strong political links apart from serving in government and rising through standard promotion procedures. 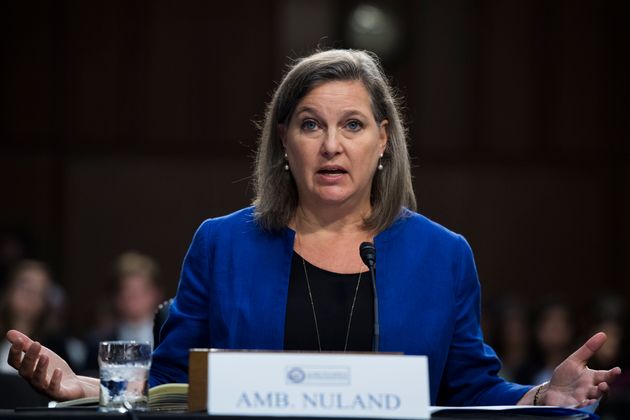 Biden has tapped Victoria Nuland to the third-ranking job at the State Department. Though she is a former diplomat, many career staff at the agency view her as a political figure. (Tom Williams via Getty Images)
Biden had said “current career officials would be elevated and empowered under this Administration,” Bruen told HuffPost via email. “Where the heck are they? Not one of them have been named to a leadership position at the State Department.”
He noted that only one senior White House national security post is held by a State Department official.
Until the department gets more high-ranking officials who are fully empowered and have the benefit of Senate confirmation, it’s hard for diplomats to map out next steps for their careers and to have influence in crafting Biden’s policies.
Adding to career staffers’ concerns, Biden quickly selected aides for many White House national security jobs that do not require Senate consideration, possibly signaling he will continue the long-running trend of empowering the National Security Council to lead on foreign affairs rather than the State Department.
A State Department spokesperson told HuffPost that Secretary of State Antony Blinken sees the agency’s staff as its “greatest asset.”