GET READY FOR A 4 TO 5 YEAR LOCKDOWN! whooptie 😤

This my dears, is what soft communism looks like. Just wait...

A top health adviser to President Joe Biden warned Sunday that a new variant of the coronavirus circulating in the U.K. will likely become the dominant strain in the U.S. and may lead to future restrictions on in-person gatherings.

Michael Osterholm, director of the Center for Infectious Disease Research and Policy at the University of Minnesota, said on NBC’s “Meet the Press that the nation’s health care system must prepare for a surge in serious cases such as the one experienced recently in England.

“What we have to do now is also anticipate this and understand that we’re going to have to change quickly, said Osterholm, who’s a member of Biden’s Covid-19 advisory board. “As fast as we’re opening restaurants, we’re likely to be closing them in the near term.

His comments come as some locations, including California and the region of Illinois that includes Chicago, are starting to relax virus-related restrictions as new infections fall.

Osterholm added that the vaccines being distributed now have been shown to prevent the most serious health consequences of being infected by the so-called B.1.1.7 variant.

“Fortunately, that one has not shown its ability to evade the protection from the vaccine, said Osterholm. “But its ability to cause many more infections and much more serious illness is there.

Estimates released Friday suggest coronavirus infections have leveled off across the U.K, but are not falling fast. Caseloads remain high -- meaning that a high rate of hospitalizations and deaths will continue in the short-term.

In the U.S., Covid-19 cases are likely going to recede during the summer but certain regions -- such as Southern California and southern Florida -- are likely going to experience “epidemics because of the new variant, said former Food and Drug Administration Commissioner Scott Gottlieb.

“As we immunize more of the population and if people continue to wear masks and be vigilant in these parts of the country, we can keep this at bay, Gottlieb said on CBS’s “Face the Nation.

New U.S. coronavirus infections have slowed markedly this month, with hospitalizations also declining but at a slower pace. Reported deaths, which lag both measures, remain near record levels. 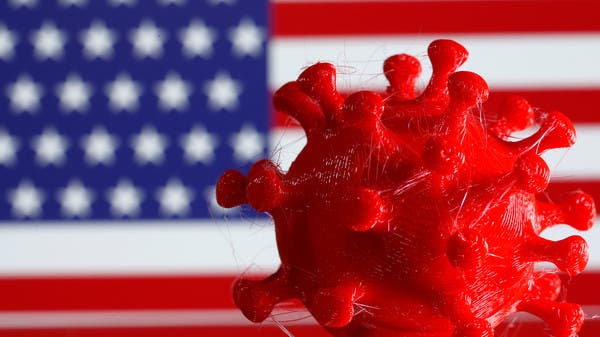 A top health adviser to President Joe Biden warned Sunday that a new variant of the coronavirus circulating in the U.K. will likely become the dominant