Get Ready for the Biden Gun Grab

Democrats now have single-party control of the federal government. President Joe Biden styled himself as the most moderate candidate his party had to offer. And still, during the campaign he promised to put Beto O’Rourke – the man who blurted out “Hell yes, we’re going to take your AR-15s” in charge of his administration’s gun policies.


Whether or not President Biden and gun czar Beto aim for a program of national gun confiscation, we should expect some sort of major crackdown against the Second Amendment and against our other liberties. The congressmen who ducked, covered, and cowered – in now iconic photos – when protestors entered Capitol Hill will almost certainly draw the wrong conclusions. They will not – like Congresswoman Lauren Boebert – realize that their safety is fundamentally in their own hands and therefore carry arms and fight for the right of all Americans to do so.

No, they will act based on an intensified fear and perhaps even loathing of their fellow citizens after seeing what some of them proved capable of. The left will attack the First and Second Amendment at the same time, arguing that the free flow of information is dangerous in a country where citizens are armed and can take up action against perceived tyranny.

We’ve already seen what private tech companies are willing to do to curtail First Amendment freedoms, and we’ll soon find out what Democrats on Capitol Hill want to do to eviscerate the Second Amendment.

That’s exactly what the Democrats are hoping to do with gun companies like Remington. They want to blame them and fine them for every time a gun crime is committed. If they did that, then gun companies would have almost no choice but to go out of existence. And – believe me – there is really a clear path to this actually happening. The Democrats now have a majority in the House and Senate. While they maybe couldn’t pass a bill that says this directly, they are savvy enough to find some small bit of language to insert into some unrelated bill, which federal rule-making agencies would then use to make a regulation – working hand-in-glove with anti-gun lawyers – to set the stage for a legal assault against gun manufacturers.

Biden also wants to ban the sale of "high capacity magazines" and "assault weapons" altogether. The old argument “why would anyone need a high capacity magazine” should have been effectively answered by scenes from this summer’s riots, as business owners faced off against huge mobs intent on burning down their business and ending their livelihood. But the left doesn’t want them to have that protection. And as for the old question “what exactly is an assault weapon?” You can bet that they will try to define it as expansive as possible, to try to ban as many physical varieties of guns as they can.

The Biden campaign also promised to do a national “buy-back” of so-called "assault weapons." The misleading term “buy-back” conceals the fact that if Americans don’t want to give up their guns, they will be forced to register them with the federal government. The fear about this has always been that this national database could be the prelude for a direct federal gun confiscation program, like what the left always applauds Australia for and like Beto O-Rourke said he wants to do here.

If you had asked me last week just how endangered our Second Amendment freedoms are, I might have been less concerned. I would have said that a Republican Senate will hold back the worst excesses of the left. I would have pointed out that many people argue that Biden is a good enough politician to realize that he won on an historically small and contested margin and commands historically small legislative majorities, that he therefore knows he does not have the same mandate Barack Obama thought he had to “fundamentally transform” America after his landslide victory and the total implosion of the Republican Party after eight years of George W. Bush.

But today, I’m less sure. The Democrats now have total control over the federal government. And whatever prudent caution Biden might have felt will now likely be over-ridden by the left’s firm conviction that last week proved that whether America wants it or not, it must be fundamentally transformed.

I can’t tell you exactly what they’re planning. But with two weeks left before Biden’s inaugurated, just remember – it’s a lot easier for them to stop you from buying a gun than to take one out of your hands. 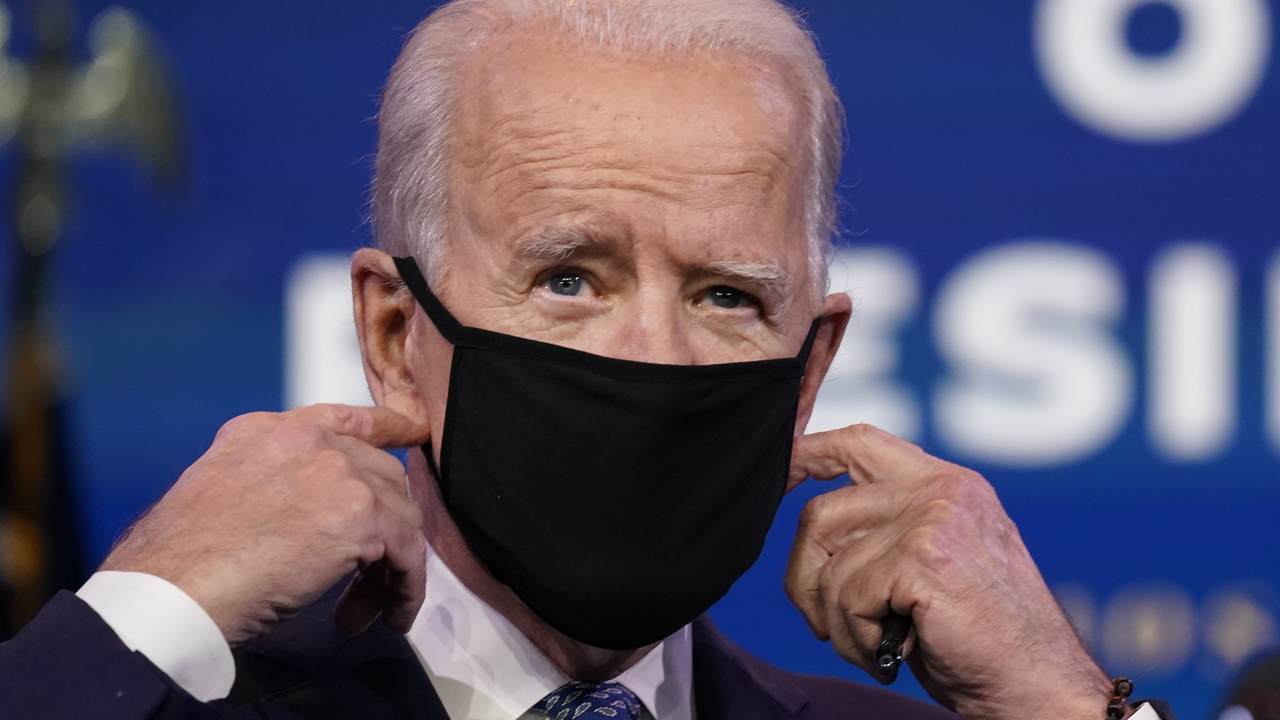 Get Ready for the Biden Gun Grab

Democrats now have single-party control of the federal government. President Joe Biden styled himself as the most moderate candidate his party had to offer. And still, during the campaign he

It is called communism mate. Europe did this same thing but under what they call “socialism.” Hence why Europe is more screwed up than America at this point. Americans will, willingly, give them up. Not all but most. I suggest hiding them like the IRA did. Once they have the guns you will have full fledged communism. They have admitted this repeatedly but nobody seems to get it. “One world order,” “you will own Nothing and like it,” “bring back better,“ a phrase nearly every politician in the west uses. They are trying to start a civil war. It is silently happening now. What they will get is gorilla warfare.

p.s. Would you please post the video I made a thread about Italy being caught in election fraud and CIA being arrested. I think people need to know this information unless people are trying to hide these facts.
Reactions: Pianista and Lady Patriot

Oh don’t forget lots of false flags will occur by the FBI/CIA to help bring in them taking the second amendment away. Be aware. And no this isn’t conspiracy theories, no such thing.
Reactions: Pianista

It won’t get this far simply because Biden won’t be able to hold office if he’s in jail. Just sayin.....
Y