IT IS CRUNCH TIME.

either we learn what our government has morphed into

or we will NEVER be free. they are calling us terrorist for TALING about these things

learn what we have not known, and when some started to inform.

stick with this...then ask, who stole this election really. the naswer may not be what you wanted to hear.

I will post the links I think will get all up to speed.
many patriots are combing old films to see what was it we missed.

want to know why we almost had WW3 ?

because JFK was hooked on methadrine.

Dr. feelgood, was on staff day and night.

Dr. feelgood injected JFK, and a good many of his staff with "vitamin shots"

which, as it came out later were nothing more than what Hitler has given his SS for years...

it was methadrine with a little B12 added.

and, as most know, and Lokking at hunter biden might give a clue, that judgment is not always steller when on this drug.

on top of that JFK also needed opiates to deal with his back pain...

so basically, he was on speedballs.

and so when he found out what the CIA was up to, he shot off his mouth in stead of going quietly about what needed to happen...and we know the rest of that story.

you can not have days when you don't know who is dead, or whether to leave the posium, followed by days when you sound succinct for three minutes, UNLESS something has been given to bring what is left of the brain back on line.

I would suggest Joe Biden is HEAVILY medicated at this point.

which should give everyone pause.

and BTW, JFK so angered Kruschev that he ORDERED a NUCLEAR attack...

and the only reason we are here is because the captain of that submarine refused the order.

so, there's that.
Reactions: Aubrey James and grammagail83

history repeats if we don't learn what happened

after watching the above, and the below, than ask 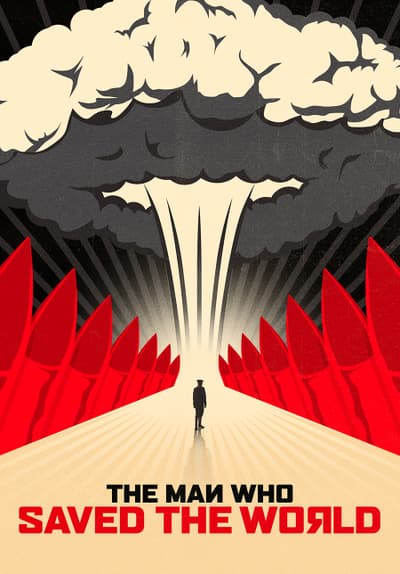 the 3 letrs have now defines patriots as terrorists

“They shall put you out of the synagogues: yea, the time cometh, that whosoever killeth you will think that he doeth God service.”
Reactions: Aubrey James and grammagail83
G

bannonfan said:
either we learn what our government has morphed into

or we will NEVER be free. they are calling us terrorist for TALING about these things

learn what we have not known, and when some started to inform.

stick with this...then ask, who stole this election really. the naswer may not be what you wanted to hear.

I will post the links I think will get all up to speed.
many patriots are combing old films to see what was it we missed.

bannonfan said:
the 3 letrs have now defines patriots as terrorists

“They shall put you out of the synagogues: yea, the time cometh, that whosoever killeth you will think that he doeth God service.”
Click to expand...

YEs, and thank you, thank God someone else remembers...

my dad was wanting Goldwater, and there are reason that you don't get to know unless you know folks in the swamp, which he did.

This is why I think sometimes they want a neophyte in office, so that they can profit and put their profiteers into an area...and having a Trump or Reagan that they can lie to helps them get there.

BTW, did you notice, the agent said "where else can you rape/murser/ do whatever the F you want, and NEVER see the inside of a jail" well, 2 places to do that, in the 3 ltrs or in the clergy.

in case we forget how long the BS has been going on, or how think its been

everything on this thread will be to wake us up to what we've been living under, with mostly an unaware lied to populace.
The idea of enemies we must war with, is just that, and idea.
The question becomes, when is it right, and when is it not...and who's tunes have we been dancing to all these years?

what a couple of folks have said is that the pay grade for pres is LOW comparatively....and what the generals know...and now that THEY are mostly all brain dead pervs???

well, who has been running the country?
who created the 3 ltrs and why?
who gave them carte blanche and for what reasons. was it always "to help"

until you do a little digging on east india trading co, and the others like it, you fail to see that money is behind all of it...money and power. getting more of it, and KEEPING more of it.
the roman empire never died, it recovered from its head wound, entirely.

and the reason they needed wanted and made US pay for their 700 mile an hour undersground trains is SO THAT they can make it to their bunkers in time...

because at the end of the day, they are ALL just little Vladimirs...

We got them there, we built their infrastructures, all underground, ALL for them.
We fought their wars, all to get them so filthy rich that there is no one they don't own, no country they can't poison to death is all else fails.

and now, they are tired of being bothered with us...

so better to sell us on the sky is falling, and its all due to the little Vlads.....as opposed to the BIG GUY Vlads...

and the even bigger eyes wide shut vlads that make no mention of the insanity they've been up to low these many millennia.

As one pope put it (after killing 30,000 bible readers) one afternoon in france.)..."well, that was a good afternoons work".

you have to suspend what you think you know about humanity and ask....in what universe is someone going to join your religion as you pull their intestines from their abdomen?

Or in what universe is putting 500 toddlers into a cyanide chamber a "solution".