It's amazing how his handlers can no longer hide the jagged shards of China Joe's broken mind: 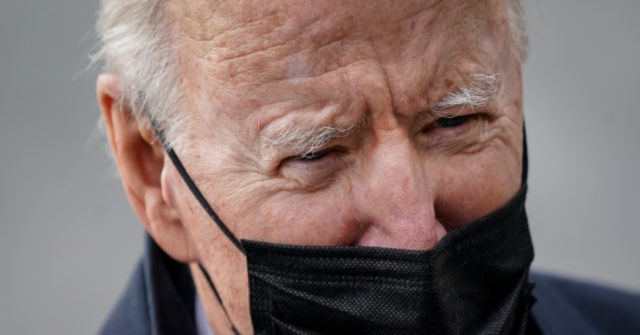 Poll: 50% of Likely Voters Not Confident Joe Biden Is 'Up to the Job'

50% of likely voters are "not very confident" or "not at all confident" Joe Biden "is physically and mentally up to the job."

A new poll suggests that 50% of likely voters are “not very confident” or “not at all confident” that Joe Biden “is physically and mentally up to the job of being President of the United States,” versus 48% who are “very” or “somewhat” confident.

The poll, by Rasmussen Reports, was conducted March 4-7, and was scheduled for release just hours after Biden had trouble remembering the name of Secretary of Defense Lloyd Austin or even the name of the “outfit” — the Pentagon — that he runs.

Only 34% of likely voters were “very confident” in Biden’s ability to do the job, versus 40% who are “not at all confident.”

According to Rasmussen, only 37% of likely voters expect Biden to win re-election in 2024, and 30% expect that he will resign before then. Most voters see him as working for the far-left of the Democratic Party, rather than governing as the “moderate” that he and his handlers promised he would be. The margin of error is 3 points within a 95% confidence interval.

Doddery old Joe Biden isn't even trying to hide it anymore. His gaffes and garble are soaring to orbit. The faraway look in his eyes is growing dimmer. The public is noticing. He called himself a transition president. He presumably j...