Made in the U.S.A

Gun Control Is Not About Crime Control​

Jeff Crouere| Mar 07, 2021 12:01 AM
The opinions expressed by columnists are their own and do not necessarily represent the views of Townhall.com. 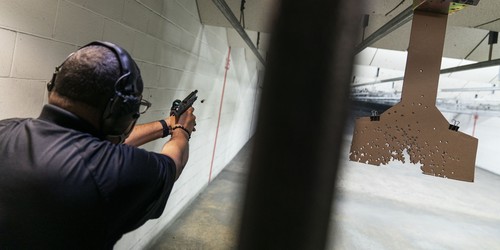 Source: AP Photo/David Goldman
With Democrats in control of Congress and the White House, Americans can expect a series of progressive bills to be introduced. In a budget reconciliation process, the bills can be passed in the U.S. Senate with a simple majority. This is what happened with the $1.9 trillion monstrosity known as the COVID-19 relief bill.
Fortunately, most legislation does not qualify for this designation and will require a 60-vote threshold in the U.S. Senate to pass. With such a requirement, it would seem the future looks bleak for the newly introduced Background Checks Expansion Act (BCEA). This gun control legislation will be subject to a Senate filibuster unless U.S. Senator Joe Manchin (D-WV) changes his mind.

When reporters asked Manchin about whether he would change his position about supporting the filibuster, he was extremely clear in his response. Manchin shouted, “Never, Jesus Christ! What don’t you understand about ‘never’?” As long as Manchin defends the Senate filibuster, Second Amendment supporting Americans can rest assured about no new gun control legislation passing Congress.

Regrettably, politicians constantly change their minds, and Manchin is no exception. Recently, he promised only to support the COVID-19 relief bill if it included input from Republicans. He vowed, “I want it to be bipartisan. If they think we are going to throw all caution to the wind and just shove it down people's throats, that's not going to happen.”

Well, that is exactly what happened in both houses of Congress as the legislation was passed without the votes of any Republican members. Among the Democrats who voted for the legislation was none other than Senator Manchin.https://townhall.com/columnists/jef...n-control-is-not-about-crime-control-n2585829