What do Americans say?

Dominion not an American company, even if they have American employees.
Toggle signature
Democrat neo-socialist radicals are destroying freedom in order to 6uild 6ack 6etter
Obamacare has come into fruition: wealth extraction, forced vaccination and deathcare.
Reactions: LillyGrace777, FreedomsNotFree, KPo and 1 other person
R

I say call their hand.
Reactions: LillyGrace777, MSREDMAMA1, Silky River and 3 others

MajFauxPas said:
What do Americans say?

Dominion not an American company, even if they have American employees.
Click to expand...

They have been bought and sold under many different names over the years......all sourced in EU or Belgium...or Spain....originally SCYTL...I discovered their subterfuge in our elections decades ago where they boasted the code to change votes could be used for years to come...every recount I was involved with their machines after hand count reversed election by EXACT same number of votes
Toggle signature
Timothy Bair ™

A CRIMINAL THREAT...WHICH MUST BE PROSECUTED ...regardless
Toggle signature
Timothy Bair ™

Timothy Bair said:
A CRIMINAL THREAT...WHICH MUST BE PROSECUTED ...regardless
Click to expand...

Tim, have you heard about recent sale of Scytl within last couple days? I heard on news and cant find anything on it
I've been searching and have found lots of interesting info, too much to read thoroughly now, but I have them saved. Mind if I post them here for now?

I expect to see protests in Michigan.

IF IM NOT MISTAKEN, SCYTL TECHNOLOGY BEING USED BY THE DOMINION MACHINES. I SAW SCYTL ON A FLOWCHART ON MIKES SCREEN TODAY

Scytl was Spanish, but is now British/Irish with branch offices throughout the world. The familiar smell of Lord Mark Malloch-Brown filled the air as the English international vote-riggers’ fingerp… Has President Obama sold the tabulating of votes in U.S. national elections to a Spanish company run by a donor to his campaign? If WE allow this then shame on nobody else but us.
Toggle signature
Ad Rem,
R

Uaskedforit said:
If WE allow this then shame on nobody else but us.
Click to expand...

I understand. What do you suggest?

You evidently do not

The Filippino people are ten times smarter than all Americans it would appear. Two years ago they had dominion machines in a major election here. The locals woke up imediately and promptly arrested about 5 Dominion people but unfortunately, the boss man escaped. They are most likely still in Jail. America should have known about this and they should have requested a number of the machines which of course were all left behind in their haste to try and escape. Why for gods sake are Americans so slow to catch on to the reality that surrounds them and they are completely oblivious to. Like there is no Biden since 2013. He died at least a year ago and since 2013 there has been nothing but a multitude of imposters numbering well in excess of 30. Below we have the case of the shrinking Biden Vast difference from 2009 and then after 2013 instead of 1/3 bigger than Obummer the guy is 1/3 Smaller and not a single American was observant enough to even notice. Totally mind boggling .

The guy knows nothing. 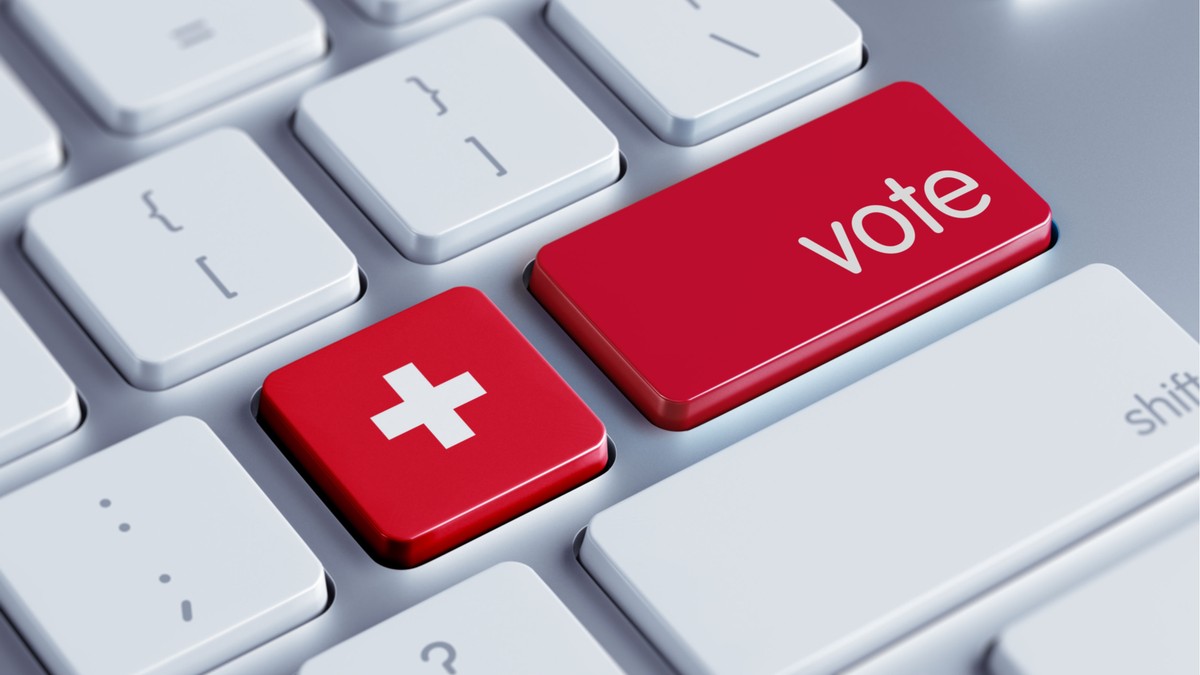 Researchers have found a severe issue in the new Swiss internet voting system that they say would let someone alter votes undetected. They say it should put a halt to Switzerland’s plan to roll out the system in real elections this year.

I would like to see come commentary next to these links to show why they are relevant to the discussion.

I guess the point is that many people have a financial interest in these "voting companies", and in their minds that supercedes fair elections. This strikes me as both short-sighted and dumb, in the same way that "doing business with Chinese communists" is short-sighted and dumb. I might even call it self-destructive.
Reactions: Angryhotdog
R

It's interesting that it appears to be a cover up especially when Dominion sent people to clerk's offices across the state recently to do maintenance on the machines ahead of schedule.

The Mesa County Colorado Clerk, or someone with access to the voting machine, had the audacity to perform an image copy of their machine before Dominion visited then after, and it was found that Dominion's update wiped the machine and destroyed all evidence, including election data and logs.

We saw the image comparison in the Lindell cyber symposium yesterday. The evidence is proof there is a crime. Supposedly, all Colorado machines underwent the same update and the SOS issued the same threat to all the clerks.

Also damning, is the fact that no SOS seems to want an election audit in any form, let alone a full forensic audit. This looks like the SOS's are complicit in the coup of the century.
Reactions: Angryhotdog, OkieAnnie918 and countermoon

Let's be crystal clear about my state Marxist,Michigan!
We've had multiple decades of corruption occurring at
every level here from top to bottom in Government.
The 2020 election was stolen from POTUS and from
Senator-John James in addition to many other cities
all over this state.
The SOS Benson,Atty Nessel & Gov.Whitless who are
(3) professed witches who pray to Satan himself
collaborated with Zuck-A-Buck receiving 10's of millions of $
which they in turn paid positions all the way down to our
Poll worker's.
At TCF center in Detroit Nov 3rd they cheated every way
possible and even days later they were still switching votes.
Nick from Dominion was here working at TCF guiding others
on how to adjudicate votes to "that guy".
Being complicit in treason were every single person who assisted
in stealing from We The People....
Even Dominion CEO John Poulos in a hearing at our State Capital stated there was “No Vote Flipping and Rank Choice” voting. (lie)
And stating "NO voting machines were not connected to the internet". (lie)
The Globalist's-
Nothing except "Lies UPON Lies" spewed out of his mouth.
Just comes natural to them.
People have been suffering mentally/physically not just here but all over the world.
Purposely committing crimes against humanity is horrendous.
Personally,their getting exactly what they deserve is a MUST.
My continual Praying for Justice also for these families.
Some closure for them.
Hopefully then their hearts and minds may move forward
with a semblance of Peace.

Michigan is a cesspool. There are so many problems in Michigan. They can't even provide clean drinking water.

You know who was governor of Michigan decades ago? George Romney.