NANCIroni's apples near her tree

lemon tree very pretty, and the lemon flower is sweet but the fruit of the poor lemon is impossible to eat....

now its true the son-in-law cozied up to the horned dude, wanna be a famous reporter when you haven't lived up to rice=a=roni's stellar AcheCONplushments

but here's the real jewel in her crown

now if you had a house...pay attention.....were you a gullible?? were you sick??? He kept LISTs of those whom he could scam 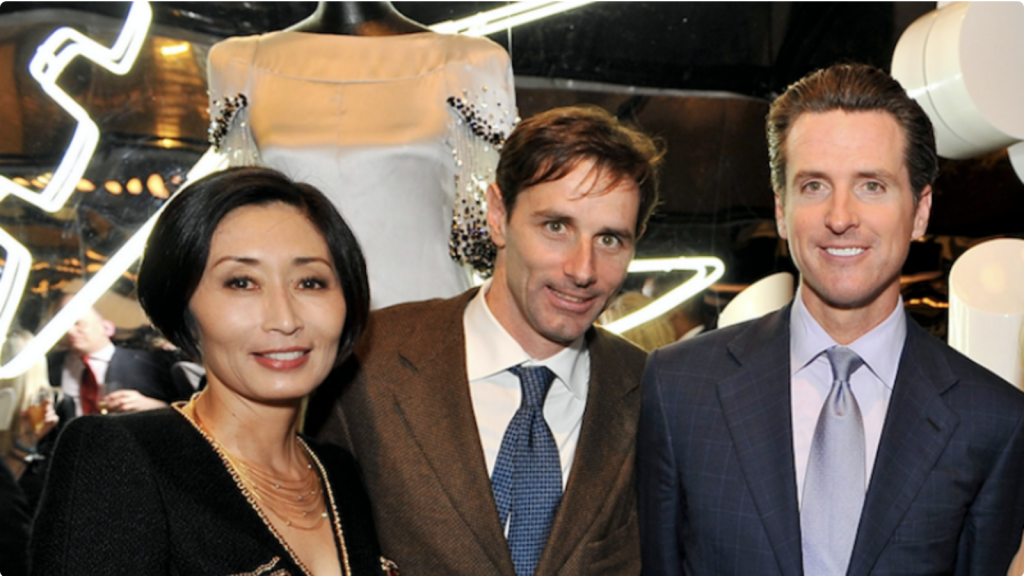 By ZeroHedge
House Speaker Nancy Pelosi’s son, Paul Pelosi Jr., has been called out by the Daily Mail over his close ties to “a host of fraudsters, rule-breakers and convicted criminals,” yet has never been charged himself.
Once dubbed the ‘rising prince’ of the Pelosi political dynasty by the now-defunct Men’s Vogue, Pelosi Jr. had “years-long repeated business dealings” with unsavory characters, in what may have been efforts to curry favor with the Democrat’s powerful family.
Via the Daily Mail, Pelosi Jr.’s links to alleged lawbreakers include:
According to the report, “sources close to the Democrat power broker’s son – and even Pelosi Jr. himself – admit that some of his business dealings may have arisen from savvy entrepreneurs hiring him in an attempt to curry favor with his powerful family.”
For starters, Paul Pelosi landed a $180,000 per year job as Senior Vice President at data company InfoUSA – while he was also a full-time loan officer at Countrywide Home Loans in San Mateo and had zero experience in database marketing. According to investigators, between 2001 and 2004, before Pelosi Jr. joined the company, InfoUSA knowingly sold fraudsters the data of millions of Americans – which was then used to scam elderly people out of their life savings.

According to a 2007 New York Times report on the investigation, InfoUSA sold a list of 500,000 gamblers over age 55 called ‘Oldies but Goodies’, which described its members as ‘gullible’.
InfoUSA also sold lists of people with cancer or Alzheimer’s called ‘Suffering Seniors’, the Times reported. The data company denied their lists had such titles.
Iowa investigators found emails showing InfoUSA staff knew the firms they were selling to were being investigated for fraudulently targeting old people, but continued to sell the data regardless, the state’s AG said. -Daily Mail
Click to expand...

More on Gupta from Inc.com:
How about this for a story? A man leaves India for Omaha with $58 in his pocket. He starts a company in 1972 that reaches peak revenue of $400 million, spends a night in the Lincoln bedroom, puts Bill Clinton on its payroll, sails Bill on his 80-foot yacht with an all-female crew, and flies Hillary Clinton to campaign events on his corporate jet.
And he’s as happy as a clam — despite getting sued by shareholders, being pushed out as CEO, incurring over $12 million in debts to settle shareholder lawsuits, and using insurance to pay $13 million to settle a lawsuit alleging that he sold his company — netting him $150 million for his 40% stake — at too low a price.
The man is Vinod Gupta, former CEO of InfoUSA, a company that built a database that marketers use to sell everything from consumer products to politicians.
Gupta got himself into a larger-than-life heap of trouble.
And according to the Daily Mail, some people thought Gupta put Pelosi Jr. on his payroll to curry favor with his powerful mother. Jr. denied it at the time.
“I don’t think that’s really what happens,” Paul told NewsMax in 2007. “I don’t see it that way, but I could see why you’d ask the question… I guess you always wonder why somebody hires you, right?”
Meanwhile, Paul was recruited to be the president of an environmental investment company – Natural Blue Resources. According to 2014 charges against the company, Pelosi Jr. was recruited along with former New Mexico governor and AG Toney Anaya, to create the company and ostensibly find new underground aquifers in New Mexico.
A SEC investigaiton, however, found that the company was “secretly controlled” by two convicted criminals – making Pelosi Jr. a cutout used (along with others) to let them “personally profit from the company without disclosing their past brushes with the law to investors.”
The two men? James Cohen and Joseph Corazzi.

Cohen had previously been jailed for financial fraud, and Corazzi had been charged with breaking federal securities laws and was permanently barred from acting as an officer of a public company.
Though Anaya was charged, Pelosi Jr. was not. Pelosi Jr. served as president and board member of Natural Blue from its public stock exchange listing in August 2009 for five months, and served on the board of another company run by Cohen’s wife. -Daily Mail
Click to expand...

The SEC concluded that Pelosi Jr. didn’t play a “meaningful role” in one of Natural Blue’s key transactions, and “strenuously object[ed]’ to proposed fundraising contracts, was ousted from the board by the accused fraudsters,” ultimately appearing as a witness for the prosecution.
Then, in October 2013, Paul landed a job as VP of biofuel company FOGFuels – one month after the SEC announced that it had filed charges against the company and its founder, Paul Marshall (via the Mail).

The federal complaint said Marshall stole $3 million from mostly elderly investors in FOGFuels and another of his companies ‘to pay for a variety of Marshall’s personal expenses, including luxury vacations, child support and alimony payments, and private school tuition and camps for his children.’
At the same time, an Atlanta, Georgia official was found guilty of helping arrange city contracts for Marshall’s wireless internet company in exchange for bribes.
Marshall had previously agreed to cooperate with prosecutors in his $3 million fraud case, and was not charged in the bribery case.
FOGFuels, of which Pelosi Jr. was Vice President at the time, also won an Atlanta City Council resolution to turn waste restaurant grease into biofuel. -Daily Mail
Click to expand...

and now, you'll know the rest of the story 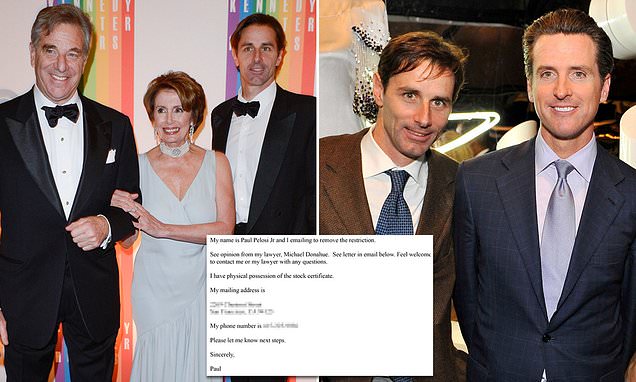 kinda get the feeling the only way to get actual reporting any more, is to go overseas.

bannonfan said:
kinda get the feeling the only way to get actual reporting any more, is to go overseas.
Click to expand...

It's not so much the Brits are waking up, it's their government is finally getting the message. The people are fed up!

Boris, (throwing in the towel about masks, etc.) was saying the opposite hardly a week ago.

But you are right. The English press woke up and got to work long before the ministers did.

It made all the difference. Here the fake news is still the NWO's lapdogs.