“The party has to stay neutral. I’m not telling anybody to run or not to run in 2024,” McDaniel said, walking the fine line as polls continue to indicate that a sizeable portion of the GOP base continues to back and support the former president.

“That’s going to be up to those candidates going forward. What I really do want to see him do, though, is help us win back majorities in 2022,” she told the outlet.

Jason Miller, 2020 senior adviser to the Trump campaign, stated that Trump is committed to that goal.

He said Trump “made clear his goal is to win back the House and Senate for Republicans in 2022” despite rumors of the former president planning to forge a party outside of the Republican Party.

“There’s nothing that’s actively being planned regarding an effort outside of that,” he added.

While a plurality of likely voters, or 45 percent, believe it is a bad idea, a majority of GOP voters, or 53 percent, consider it a good idea, as do 41 percent of those surveyed overall. The survey coincides with rumors of the former president considering forging a new political party outside of the current Republican Party — a rumor which Republican National Committee (RNC) chair Ronna McDaniel has vehemently denied.
“I’ve talked to the president [Trump]. I’ve talked to others around the president, who are talking to him every day. He’s not going to start a third party,” McDaniel told Fox News on Tuesday.
Click to expand...

Similarly, other recent surveys show that GOP voters are not done with Trump, even as Republican lawmakers in Washington attempt to return to business as usual following a contentious presidential election. A recent Politico/Morning Consult revealed that 56 percent of Republican voters “believe that Trump should either probably or definitely run for president again in 2024.”

The survey also found that 50 percent of Republican voters say Trump should play a “major role” in the future of the GOP. 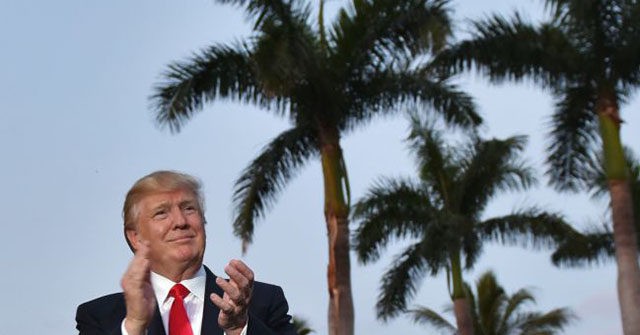 RNC Will Not Back Trump in Primary if He Runs Again, Will Stay Neutral

The RNC will not back former President Trump if he chooses to run for office again in 2024 and will instead remain neutral.