THE ( Q ) MOUVEMENT HOAX BEING EXPOSED -- OPERATION HOPIUM -- How They Use The C.I.A. Successfully Undermined The Patriot Movement ----- Article -----

OPERATION HOPIUM: How the C.I.A. successfully undermined the Patriot Movement…..​

….. By turning many Trump supporters into hopeless HOPIUM ADDICTS. 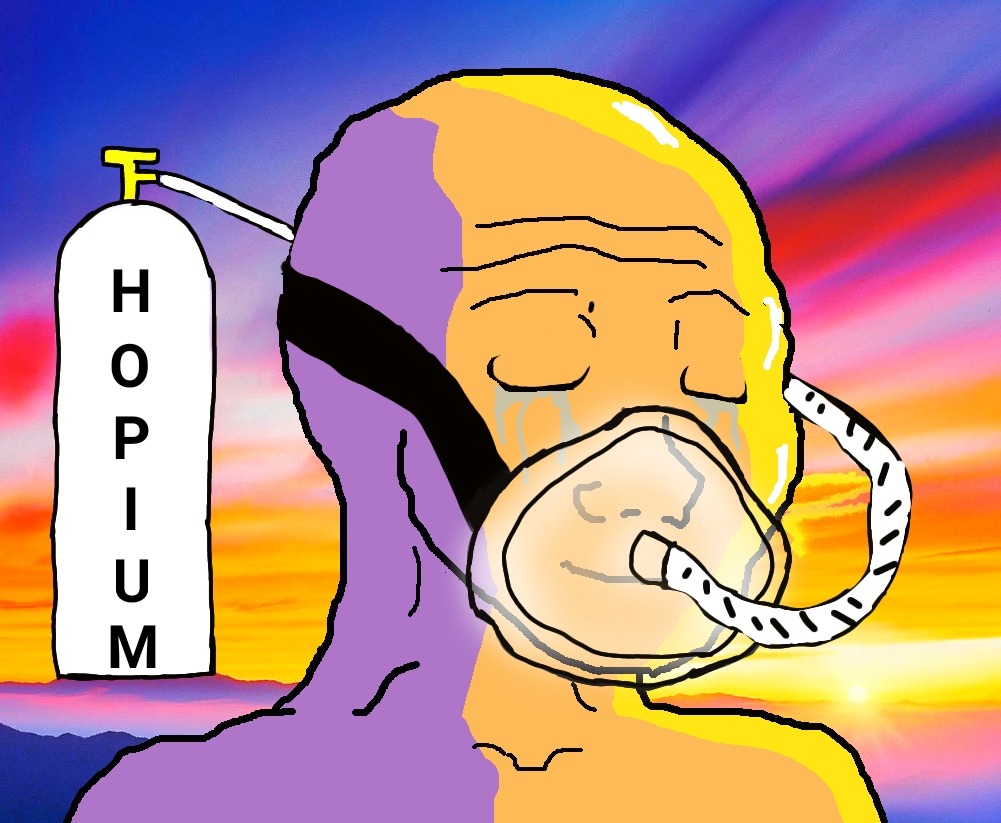 Do you have a HOPIUM Addiction?​

Unknown to most folks on the Right, it’s gotten that bad in flyover country.

Of course, this entire phenomenon began during the 2016 election cycle, but it really got going with the Q or QAnon movement in 2017.

For the Q faithful, and “YES!!!” those folks are more ‘religious’ than the most devoted born-again Christians alive, whatever Q said or predicted or concluded was GOSPEL … as in Q’s ‘Gospel’.

It’s quite interesting that there is also a “Q Source” for the four primary canonical gospels of Christianity as follows:
*The Q source also called Q document, Q Gospel, or Q from German: Quelle, meaning “source” is a hypothetical written collection of primarily Jesus’ sayings (logia). Q is part of the common material found in the Gospels of Matthew and Luke but not in the Gospel of Mark.[1]

What’s even more interesting is that those 4 canonical gospels have been proven to be based on the many apocryphal gospels to include the mystical Gospels of Thomas, Mary, James and Phillip. And, that the Gospels of Matthew, Mark, Luke and John were all created to mutually support each other’s narrative, while quite deliberately leaving out much of the greater esoteric truths imparted by Jesus the Christ to his closest disciples.

Exactly what is hopium?
It is the profound and continuous misplacement of hope in a a patently false narrative that’s has no basis in fact or reality.

In the instant case concerning the Patriot Movement and the Right in general, the hope was constantly placed in the fiction that Donald Trump would be inaugurated on January 20, 2021.

Then when he wasn’t, the old hope was replaced by a new hope that POTUS imposter Joe Biden would soon be removed from office via a military coup and Trump would be legitimately installed in the White House (which ought to occur but will never happen).

KEY POINT: It has been proven conclusively, with hard scientific evidence, that the 2020 POTUS election was outright stolen from Donald Trump. That Joe Biden and the Democrat Party stole the election is beyond any doubt whatsoever, so this confirmed historical fact is not in question in this hopium addiction important analysis.
Look it: there’s nothing wrong with having hope.

We all need hope, especially in today’s increasingly chaotic and exceedingly confused and totally conflicted world defined by the new COVID era.

However, there is REAL hope and FAKE hope.
And the folks listed above are knowingly hawking FAKE hope.

And, in so doing, they are cruelly stringing people along for months and years that something very BIG is going to happen that will miraculously turn the tables against the evil New World Order globalist cabal.

Let’s all face it: something “very BIG” is going to happen—we are, after all, living in the “End Times”.

In point of fact, it doesn’t get any bigger or more biblical than where humanity finds itself at this very moment in world history.

Well guess what: that time is right now and the place is right here.

KEY POINTS: No one is saying that Q did not impart a LOT of extremely important truth to folks on the Right who would normally never have been exposed to it. No one is saying that QAnon did not successfully RED PILL a massive voting demographic bloc across America that urgently needed to be up to speed about the Democrat-run communist takeover of the USA. In this particular regard, Q did an awesome job.

However, we are now daily confronted with the Biden-Harris administration and people need to deal with that brutal reality, not be following a bunch of money-grubbing, fame-seeking con artists who have monetized their YouTube channels off the sweat of overly trusting Patriots and Conservatives.

Back to HOPIUM ADDICTION and it’s true cause: Political Bipolar Syndrome.

People, this is a serious mental disease.
It can evolve into a quite predictable set of medical ailments and health conditions, emotional imbalances and psychological disorders, too.

As a broad-spectrum Health Coach, I have had the opportunity to coach many folks who lie at both ends of the Political Bipolar Syndrome continuum.

In the case of TDS, Donald Trump can do no right—EVER. Where it concerns TCC, Trump can do no wrong—EVER. In both cases, individuals would rather see themselves or the country hurt rather than support or protest, respectively, any particular presidential action or declaration made by President Trump.

Do you see the serious mental illness in both cases?

Do you see how such a mental illness, emotional disorder and/or psychological imbalance can evolve into a full-blown and quite serious psychiatric condition, if left untreated?

Take it from this Health Coach, who has been aware of these New Age mental maladies from the very beginning because of his own radically affected family members.

Truly, this state of affairs, both individually and collectively, can wreck a family, destroy a community and ruin a nation.

As an Integrative Health Consultant for 30 years, I have seen the ravages that a hopium addiction can have on both an individual or family.

Any person who suffers either an acute or chronic case of hopium addiction can find themselves having a heart attack, an AFib event or bout of angina.

These folks can also have — without warning — a stroke, a TIA or any other type of brain attack.

Others will see their blood pressure spike, their pulse rate skyrocket and their breathing become consistently shallow thereby drastically reducing their oxygen saturation levels. All of these extremely adverse side effects of hopium addiction can send a person to the ER … or the morgue.

Perhaps the worst effects of a longstanding hopium addiction, because of the emotional roller coaster they are literally riding 24/7 — some even in their dreams — is the extraordinary and/or over production of cortisol, which reeks havoc with the adrenal glands, the kidneys, blood sugar levels, as well as causing the development of pituitary tumors, adrenal tumors and ectopic tumors such as those found on the kidneys.

For others, this brain-impactive addiction may provide periodic adrenaline hits taking them as high as a kite one moment, only to crash and burn the next. These unrelenting highs and lows only serve to make their lives miserable, unpredictable and generally unacceptable.

What is always the case with the more recent hopium addictions directly associated with Trump Cult Complex is that the longer this condition goes untreated, the more problems — on every level– that will manifest. When considered in the aggregate, we have seen long-term, hardcore addicts debilitate their bodies beyond repair, terminate their closest relationships especially family, shutter their businesses, and push themselves into bankruptcy. 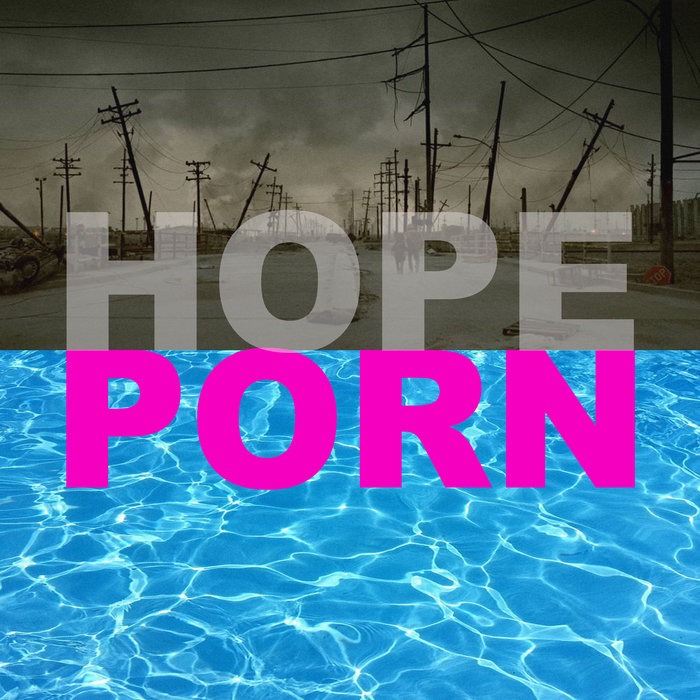 Basically, these scam artists are of the same ilk as the ghetto drug dealers running a crack den. They know exactly how to attack their quarry like a hawk preying on a scared rabbit—exploiting all the prevailing fears all day long.


However, what very few folks do not know about these con artists is that many are on contract with the U.S. and/or British Intelligence Communities. Those who are not on a direct or indirect contract with either the C.I.A. or MI6 (or COINTELPRO) are merely controlled opposition. As for the controlled oppo types, some of those mind-controlled operatives are advancing these highly sophisticated Tavistock-driven DisInfo/MisInfo/False Info operations either wittingly or unwittingly.

Let’s be very real: It’s no fun living life like a yo-yo that sends you up and down without end—to the highest peaks of the artificially-induced euphoria and ecstasy (remember the drug by the same name), and then to the lowest valleys of despair, despondency and depression.

Anyone who has ever been the victim of a gut-wrenching, mind-banging and heart-rending psyop directed by the infamous Tavistock Institute knows exactly what we’re talking about here.

Now it’s time to break the habit once and for all. Precisely how to do that will be discussed in our next HOPIUM ADDICTION coach session. Until then, please contemplate deeply what has been discussed in this exposé.


Then, with great intention and resolve, shed the light of your awareness on this challenging predicament and begin to see it from a new perspective. In so doing, you will slowly but surely move out of the denial that is always present to some degree with intractable addictions like this.

Above all, pray for grace! Because long-term addictions to hopium are no foolin’ around! Every addict really does need divine intercession. Therefore, intercessory prayers are greatly encouraged in order to send needed blessings to the afflicted.