The nation’s shift to the left under President Joe Biden is coming at breakneck speed and the impact of his far-left policies is not limited to the executive branch or even the breadth of federal agencies. Biden’s impact could also spread across the nation’s federal courts.

The 24 judges so far who are claiming senior status, whereby they may step away from the bench to allow for a replacement while still collecting their salary and work a reduced case load, include three U.S. District Court judges in the California Bay Area: Phyllis Hamilton, the district’s chief judge, and William Alsup – both Clinton appointees – and Jeffrey White, appointed by Republican President George W. Bush.

Including judges who had already taken senior status or retired before the 2020 election, more than 70 vacancies await Biden, the majority on the trial level district courts.

In 2017 when Donald Trump was replaced Barack Obama in the White House, 16 of the 25 federal judges taking senior status were Republican appointees. In 2009, after Obama succeeded Bush, 14 of the 26 who took senior status had been appointed by Democrat presidents.

The San Francisco Chronicle reported on the developing story, which included one judge who claimed his decision had nothing to do with partisan politics. Reporter Bob Egelko wrote:

But it seems like no coincidence that, out of 24 federal judges who have taken senior status or announced intentions to do so since election day, 17 were appointed by Democratic presidents. Most of them were eligible for senior status during Donald Trump’s presidency but chose to wait.
Click to expand...

The Chronicle profiled some of these judges:

Dan Polster has been a federal judge in Ohio since 1998, when his nomination by President Bill Clinton was confirmed by the Senate. He is presiding over more than 2,700 lawsuits by local governments and Indian tribes who accuse pharmaceutical companies of contributing to drug abuse in their distribution of opioid painkillers. He has drawn praise from both of Ohio’s senators, Republican Rob Portman and Democrat Sherrod Brown. Now Polster, 69, is one of more than two dozen federal judges who are taking “senior” status, allowing them to reduce their caseloads while creating vacancies for President Biden to fill. Those who have spoken publicly have denied any partisan motives — understandably, since they remain on the bench — but Polster alluded to the need for the judiciary to show strength in a time of turmoil.
Click to expand...

“I’ve always been proud to be a judge, but never more than in the past year, when our branch stood up big time — it doesn’t matter who appointed you, Democrat or Republican — under some real stresses to our democracy,” Polser said.

As one unidentified Ninth Circuit judge told the Los Angeles Times after the November election, “Clinton judges across the country have just been holding on” for a Democratic president who could appoint their successor.
Click to expand...

Carlos Lucero, a 1995 Clinton appointee to the 10th U.S. Circuit Court of Appeals in Denver, and author of a ruling striking down Utah’s ban on same-sex marriage in 2014, a year before the Supreme Court issued a similar ruling nationwide, is also on the list.

“It seemed like the right time to take senior status,” Lucero, who has been eligible since 2008, said in an email.

Some news from the senior judges did seem connected to Biden winning the election:

“Congratulations on becoming our new president,” Alsup, who lives in San Francisco, said in a letter dated Jan. 21.

“Alsup has written some noteworthy rulings, including one in 2018 that prevented Trump from abolishing Deferred Action for Childhood Arrivals, the program created by Obama that allowed young undocumented immigrants to work legally in the United States,” the Chronicle reported.

Judge White, however, said his decision is about family, not politics.

“I’ve been working full tilt for a number of decades,” White, 75, said in an interview. “I feel like the time has come where I can cut back a little bit, enjoy life with my family.”

“I can’t speak for others,” White said, adding he would continue to work. “There’s no political implication to what I did.”

But one expert sees a definite election connection.

“In this particular election, there were more (judges) who were waiting to see how it turned out than I’ve ever seen in 40 years, because things have been so polarized,” Jeremy Fogel, a former federal judge in San Francisco and currently executive director of the Berkeley Judicial Institute at UC Berkeley Law School, said.

“Trump’s selections have also swung majorities in three other circuits, the Second in New York, the Third in Philadelphia, and the 11th in Atlanta, from Democratic to Republican appointees,” the Chronicle reported. “Those changes might be reversed if some veteran judges took senior status and remained on the court alongside Biden appointees confirmed by the Democratic-controlled Senate.” 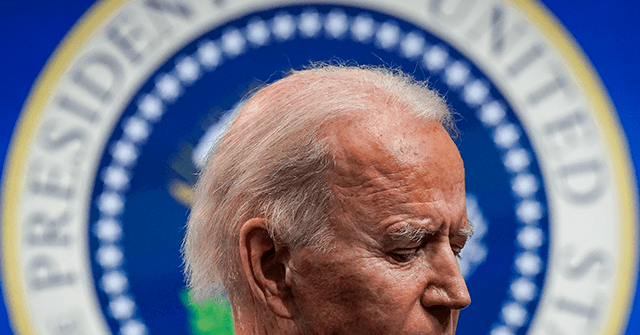 President Biden’s leftist agenda could play out in the nation’s federal courts according to reports of post-election judges stepping down.