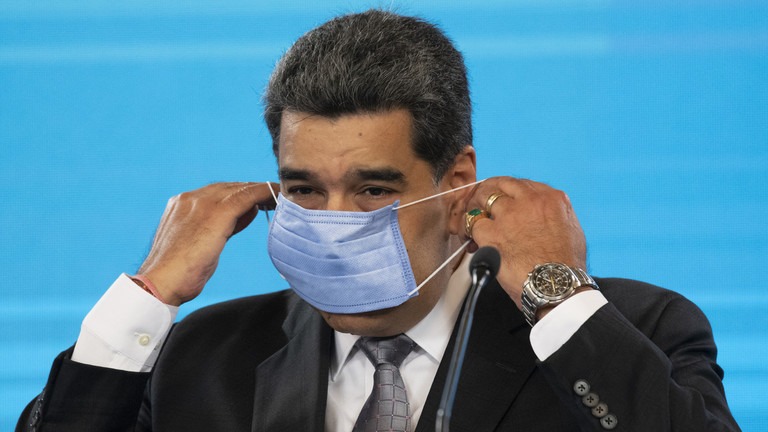 Facebook has made Nicolas Maduro’s social media account ‘read only’ for 30 days, after the Venezuelan president allegedly used the platform to promote a treatment he said could help deal with the coronavirus.

Maduro apparently posted a video on his Facebook page in which he talked about Carvativir, an herb-based remedy which he believes could neutralize the deadly virus, Reuters reported on Saturday. Facebook deleted the video and froze the president’s page, accusing Maduro of spreading misinformation.

“We follow guidance from the World Health Organization that says there is currently no medication to cure the virus,” an unnamed spokesperson for the social media platform told Reuters. “Due to repeated violations of our rules, we are also freezing the page for 30 days, during which it will be read-only,” they added.​

There has so far been no comment from the Venezuelan side.

This is not the first time that Maduro’s enthusiasm about Carvativir – or ‘miracle drops’ as he calls it – has gotten him (somewhat) suspended from social media, which he uses regularly. He has previously claimed that Facebook unfairly censored videos in which the homeopathic remedy was featured, according to Reuters.

Carvativir, reportedly derived from thyme, has been long praised by the president. “Ten drops under the tongue every four hours and the miracle is done,” he said in a televised speech earlier this year. Maduro also said it was tested for months among Venezuelans diagnosed with coronavirus, and appeared to be “very powerful” in treating it. Experts warn there is no scientific evidence to support the claim.

Despite his enthusiasm about the ‘miracle drops’, the president was vaccinated earlier this month with the Russian-made Sputnik V.

The number of reported coronavirus cases in Venezuela is much lower than in other nations in the region. Around 155,000 people there are believed to have been infected, with over 1,500 deaths. Neighboring Brazil has a record of 12.4 million cases and over 300,000 deaths, making it the second-worst hit country in the world. Colombia, which also borders Venezuela, has registered nearly 2.4 million cases.
___
https://www.rt.com/news/519375-maduro-facebook-ban-covid/