Waters Has Shoveled Over $1 Million in Campaign Cash to Daughter

Rep. Maxine Waters (D., Calif.) has now dished out more than $1 million in campaign payments to her daughter following the 2020 elections.

Karen Waters has pocketed $1.13 million for providing an array of services for her mother's campaign since 2003. The majority of the cash is for her role in running a controversial slate-mailer operation, in which California politicians gave money to Waters's campaign in exchange for mailers bearing her endorsement.

The mailers have become increasingly lucrative for the younger Waters over the years. During the 2020 cycle, her payments hit a high of $240,000. That's significantly more than the $90,000 her firm, Progressive Connections, took in during the 2006 election cycle. The Federal Election Commission gave Waters the green light for the mailer operation in 2004.

While slate mailers are commonplace in states like California and Oregon, the practice is extremely rare at the federal level. In fact, Waters appears to be the only federal politician to use a slate-mailer operation. As such, the arrangement between her and her daughter has led to complaints from watchdog groups asking the FEC to audit the campaign.

Many prominent California politicians have paid to be featured on the mailers. Vice President Kamala Harris twice shelled out tens of thousands from her campaigns for a spot on the mailers. California governor Gavin Newsom (D.) and former senator Barbara Boxer (D.) have likewise dished out cash for Waters's support.

The practice has received criticism from local media."While some of these mailers reflect the earnest political values of the organizations that put them together, many are pay-to-play money-makers that blur the line between endorsement, paid advertisement and extortion," CalMatters wrote last year.

Waters's campaign did not return a request for comment. 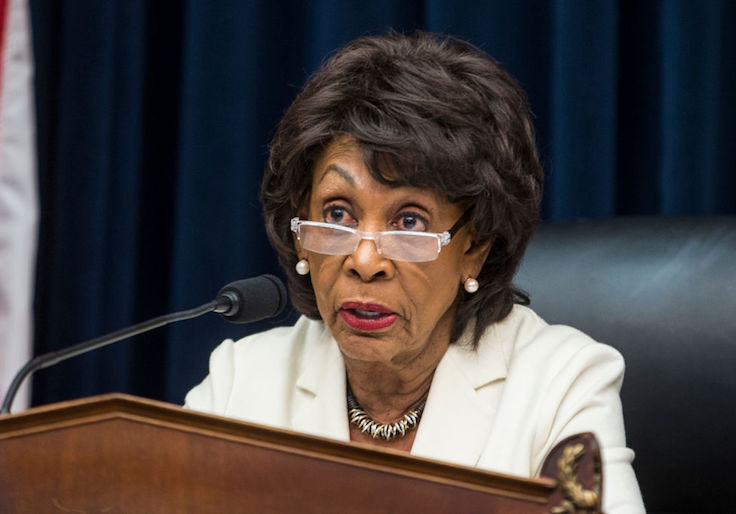 Rep. Maxine Waters (D., Calif.) has now dished out more than $1 million in campaign payments to her daughter following the 2020 elections.
freebeacon.com